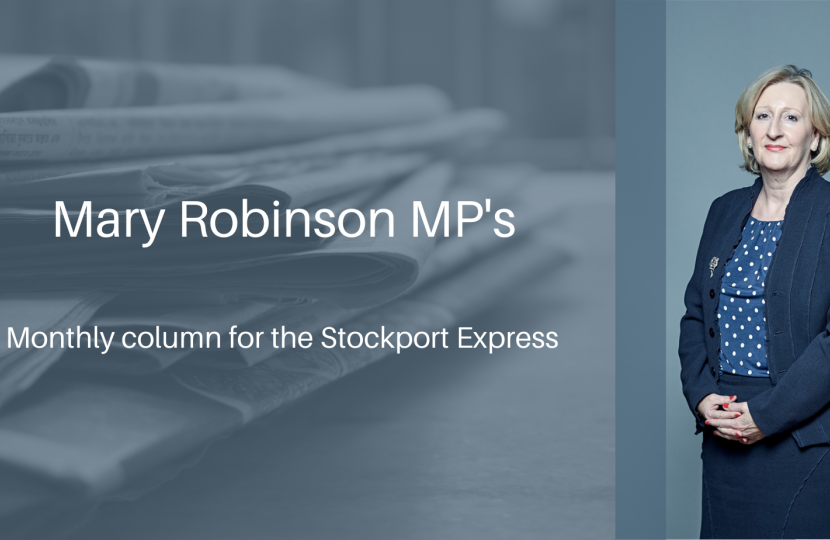 Taxi drivers, plumbers and painter & decorators are among thousands of people who have been saved from the Mayor of Greater Manchester’s Clean Air Zone (CAZ) charge on businesses which threatened jobs and livelihoods across our area.

Conservative MPs across Greater Manchester (GM) have backed business in calling for a halt to the plan due to start at the end of May and phased in over the next year, which would have left some picking up a massive bill of £60 per day to use their vehicles in Stockport.

Cleaning up our air is hugely important to residents in Cheadle and Stockport who value our environment and care about tackling pollution and improving air quality standards.

During the Coronavirus lockdown and, since then with more people continuing to work from home, people have commented positively on the improvement in air quality.  In addition, more and more people are taking measures to protect the environment by switching to electric vehicles, using public transport and walking and cycling.

However, it is against this improving backdrop that the Mayor planned to charge businesses and sole traders up to £60 per day to use their vehicle within a 500 square mile CAZ across the whole of Greater Manchester. This would create the biggest charging zone in the country and massively impact our local businesses.

That’s why I called for the Mayor, Andy Burnham, to ‘hit the brakes’ and reset the plan. Over the past months I have met with concerned businesses and held numerous meetings with Government Ministers in departments across Transport and the Environment to impress on them the consequences of this scheme for people in Cheadle.  And in my meeting with the Secretary of State for the Environment, George Eustace, I highlighted the need to pause these damaging plans.

Businesses, local councillors and Conservative MPs have spoken with a clear voice to pause and rethink and had the backing of the Prime Minister, Boris Johnson, last week who made clear in Parliament that the present course was unworkable saying…..…‘It has become clear that the scheme proposed by the Labour Mayor in Manchester is completely unworkable and will do more damage to businesses and residents in Manchester …. we must find an alternative that doesn’t punish local residents’

The announcement from Government that the scheme is to be delayed is a victory for common sense and the Mayor must now take this opportunity to bring forward a plan that works for our business and our environment.