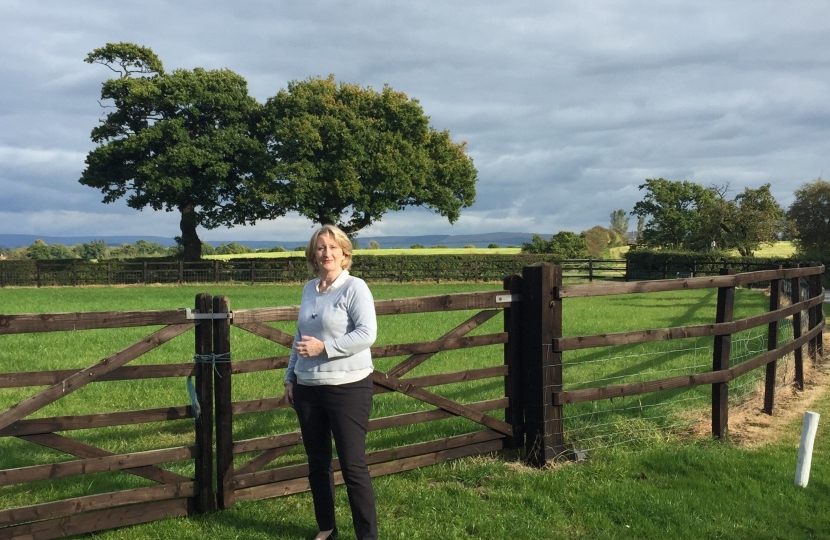 I am exceptionally proud of our countryside here in Cheadle, and I am determined to do my best to protect our greenbelt from inappropriate developments.

As a member of the Communities and Local Government Committee, I contributed to a report on national planning policy which estimates there are nearly 49,000 hectares of brownfield land in England, of which around half is suitable for the development of new housing– enough for approximately 1 million homes to be built.

Closer to home, Greater Manchester Combined Authority is working on its own planning report – a spatial framework which aims to identify suitable sites for housing across the city region, including here in Stockport.

I am increasingly concerned that many of the potential sites for my constituency lie in the green belt, which is already under substantial pressure.

This is the reason why I campaigned against the 900 home development in Woodford and against another planning application to build on Chesters’ Croft, which was recently refused.

However, there are still other applications under consideration, including one from the Seashell Trust which hopes to build 325 houses in Heald Green and Cheshire East Council’s plans to build a growth village close to Cheadle Hulme. I have written to the Chief Executives of the respective Councils about these developments.

In the Autumn of 2016, I launched a petition for residents to show their opposition to the plans in the Greater Manchester Spatial Framework to build 8,000 homes on green belt land in Woodford, Heald Green and Cheadle Hulme. Thanks to over 3,500 people signing and making their feelings known, Stockport Council is currently running a 'call for Brownfield', to identify more suitable sites to build on in an effort to avoid the green belt.

Whilst I appreciate there is a need for more houses, development must be in the right places with the council prioritising brownfield sites before releasing valuable green belt. Green belt, once lost, is lost forever.