Debate on Scamming and Vulnerable Individuals 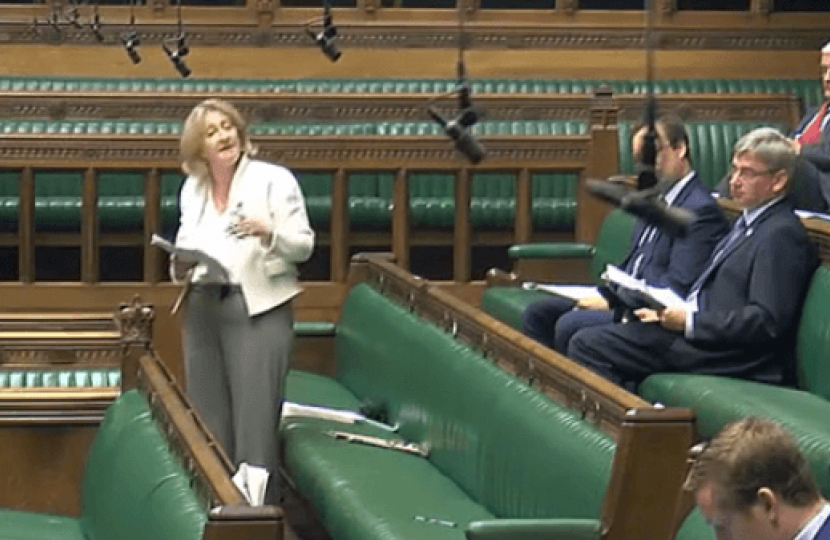 I congratulate my hon. Friend the Member for Solihull (Julian Knight) and the hon. Member for North Ayrshire and Arran (Patricia Gibson) on securing this important debate. Financial scamming and fraud has a devastating impact on the elderly and the vulnerable, and we have heard today, from Members on both sides of the House, stories of both financial loss and the incredible mental distress caused to people, many of whom are among the most vulnerable in our society.

Each of us will have constituents who have lost significant sums of money to scams, with many falling victim because they are too trusting, because they underestimate the maliciousness of those who perpetrate these crimes or because they are subjected to a continual bombardment of nuisance calls and, in desperation, give in.

Scammers are highly organised, predatory and exploitative. Yesterday the Stockport Express, my local paper, reported that so far this year almost 300 people ​have fallen victim to fraud as a result of cyber-fraud, nuisance calls and bogus traders. In my constituency, trading standards have warned of a recent scam where constituents receive a call claiming they have paid excessive council tax and are encouraged to part with personal banking details in order to gain a refund.

Victims cannot even trust the numbers on their phones to be genuine any more, as highlighted on last night’s BBC1 programme “Rip Off Britain”. This shocking new scam allows fraudsters, with the aid of a simple mobile phone app, to phone victims under a number that appears to be genuine—like a bank’s—and helps persuade them to part with sometimes large sums of money. This type of crime is becoming even more sophisticated as criminals are able to “ghost” phone numbers and hijack genuine phone numbers, so they appear legitimate. It is important that we continue to take steps to address these new types of fraud, as and when they appear.

People who are ill, isolated or lonely are particularly affected by these types of crimes, as the internet or phone line may be their only link to the outside world. Leaving aside the financial loss, their feeling of safety in their own homes is undermined, and they often become more isolated and distrusting. I welcome the initiatives that have been put in place to tackle this type of crime, such as setting up the joint fraud taskforce earlier this year, and I look forward to hearing about its achievements and the actions that have been taken to identify intelligence gaps and vulnerabilities.

I am pleased that there will be a better co-ordinated approach to the sharing of intelligence between banks and law enforcement agencies, which will address areas currently exploited by fraudsters. I look forward to hearing from the Minister in due course what progress has been made in the few months it has been established. It is vital that we raise awareness about this important issue, so that those most at risk can spot scams and protect themselves. I welcome the work of groups such as the Chartered Trading Standards Institute and its “scambassadors” programme, which I support.

I want to take some time to address the language of scams, which was referred to by my hon. Friend the Member for Solihull. The word “scam” implies an idea of culpability or negligence on behalf of the victim, and may change how people view the nature of the crime committed against them. We say that people have been “scammed”, “conned” and “cheated”, but overwhelming these people should be described as what they are: good, honest people who are the victims of the most heartless fraudulent crime. As a result, the probability that the fraud will be reported decreases, as the victim feels embarrassed, ashamed and guilty.

Finally, I just wanted to mention the importance of a long-term strategy. The elderly as a demographic group is increasing in size year on year. That, combined with changes in pensions drawdown handing capital to people earlier, means that the severity of this, and the necessity for greater protection and awareness, is more profound.

Therefore, as we prepare for an ageing population that has greater access to capital in an ever-evolving technology-dominated industry, we must ensure that the most vulnerable in society receive the appropriate support and assistance to protect them from falling victim to these devastating crimes.​