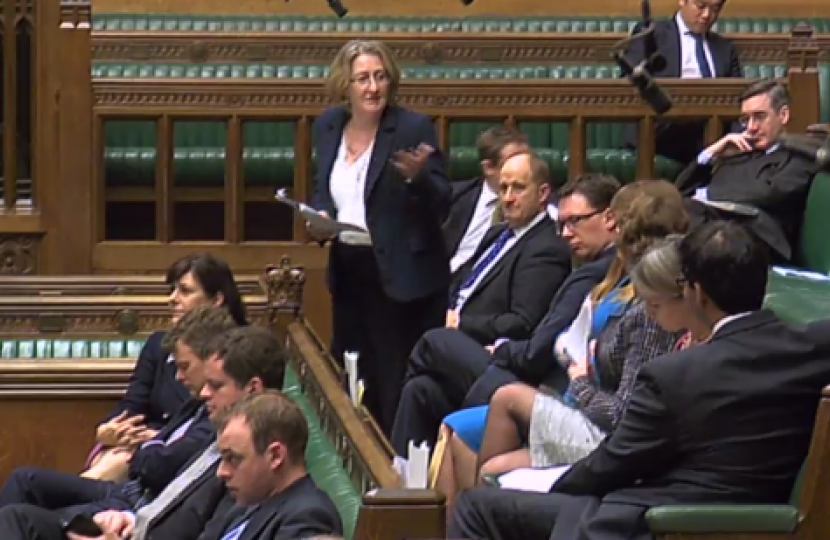 It is a pleasure to be called to speak in this historic debate, and it is right that we have the opportunity to discuss the triggering of article 50 and the passage of this Bill.

My postbag has been heavy with correspondence from many constituents writing to ask me what happens next. The British people voted for a change in our relationship with the European Union. They went to the polls to vote on the future of the UK’s relationship with the EU, many because they wanted to preserve the status quo and some because they wanted change. Indeed, for a lot of people it was simply the first time they had the opportunity to have their say on the relationship between the UK and the union it first joined in 1973.

This was a national referendum with a huge turnout on both sides of the debate. The country voted to leave, and, although I was of the opinion that we should remain in the EU and voted that way, I fully respect the democratic process, and I respect the result. My constituency of Cheadle also voted, with a high turnout, to remain in the EU.

There have been many arguments about whether the referendum was advisory, or whether we as MPs should vote with our conscience or according to our constituency result. In my view, I must vote in line with my understanding and belief when I went through the Lobby and voted for the legislation to enable the referendum to take place. I believed that whatever the result, the intention was to uphold the majority view of the people of the country as expressed in the referendum. However, in common with many Members who have spoken today, I understand that there will be people in my constituency who voted to remain who are not where they want to be today, but the question was put and the vote taken, and it is right for the Government to proceed with triggering article 50.

It has been said that this vote is not just about business and the economy, but about the future and what is good for our children and grandchildren.

My hon. Friend is making a very clear point. I, too, was of the opinion to remain, but my constituency voted out and I am ​going to abide by the views of my constituency and the country. Does she agree that we must now make the absolute best of this, and show everybody that this is the right thing and we will do the right thing by them?

I agree with my hon. Friend. This is about looking forward. It is about the future of our children and grandchildren, and I believe that, in building a strong economy and providing the jobs our children need, we are doing our best for them. Indeed, thanks to the good work of this Government over the past six years, unemployment has halved in my constituency and stands at 1.3%. Therefore, support for business should be, and is, at the forefront of my thinking. We have to make sure that, when leaving the EU, we get the right deal for businesses, not only those with existing strong and historical trading relationships with the EU, but also many more businesses that would like to embrace the opportunities to trade across the world. Many international businesses are headquartered in my constituency and they must be confident following this vote that the Government will put their best interests at the forefront of negotiations.

My hon. Friend the Member for Halesowen and Rowley Regis (James Morris), who is no longer in his place, spoke about his hopes and aspirations for the west midlands and the opportunities for regions and devolution. I have often spoken in support of the northern powerhouse. I do not doubt the resolve of the people and businesses in my region to rise to the challenge of life outside the EU, or our ability to continue to create jobs and growth, to rebalance our economy and to make a success of new trading relationships.

I believe that we have a lot to be optimistic about. We should build on Britain’s strengths with an industrial strategy that will back Britain for the long term. The north of England is recognised across the world as home to billions of pounds-worth of exciting opportunities for international investors, and we must capitalise on that. Indeed, the Government have already supported significant investment to rebalance our economy and usher in a new era of manufacturing and innovation. This includes spending £13 billion on transport, investing in state-of-the-art scientific projects and supporting small and medium businesses, which are the lifeblood of my constituency. In Greater Manchester, this will be backed up with a landmark political deal to give powers through the Government’s localism agenda.

We have the opportunity, at this moment of national change, to step back and truly think about the country we want to be, and to redefine our relationship with the rest of the world. We must use our most precious and abundant national resource, the determination of our people, to build a competitive economy on which to create a society that works for everyone. We have done this in the past, and I am confident that this will not change as we contemplate life outside the EU. It is with confidence in my constituents, in our businesses large and small and in the resolve of the British people that I rise to support the Bill.