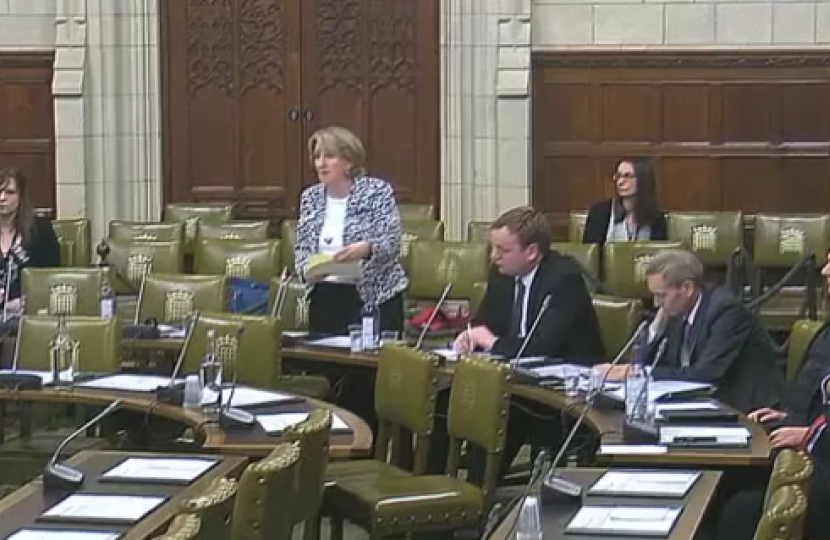 It is a great pleasure to serve under your chairmanship, Mr Howarth, and to see Members from right across Greater Manchester and on the Opposition and Government Benches here to debate this important issue. I am grateful to my hon. Friend the Member for Hazel Grove (William Wragg) for securing the debate.

I am conscious of time, so I will get straight to what the debate is about. I think we are in agreement that we need a good local plan for the area that provides the housing and infrastructure that we need, but this is not it. The plan lacks vision and has no real foresight or ambition for the future development of Cheadle. While I accept that there is a need for more housing across the country, that should never be achieved through the indiscriminate development of our green belt. Instead, as others have said, we should regenerate our brownfield sites—and there are brownfield sites to be regenerated in our areas.

I have campaigned to protect areas of Cheadle from inappropriate development, and last night I was pleased to join my hon. Friends the Members for Hazel Grove and for Bury North (Mr Nuttall) in presenting my petition against the plans to the House. It collected more than 2,600 signatures, which was quite an achievement. I was overwhelmed by the thousands of constituents who have been in touch with me on the issue. The strength of feeling shows that local people do not want ​their future development to look like the draft plans. People care about their local community and want to see urban areas regenerated. They love their open and rural spaces, and recognise their value for physical and mental health and wellbeing.

In my constituency, that strength of concern is most evident in the activities of local neighbourhood groups, such as Woodford Neighbourhood Forum, which was set up in October 2013. Since then, members and residents have raised funds and spent thousands of hours working on their local plan. Getting a local plan together is no mean feat. Over the past three years, they have put together more than 340 pages of material, and I am concerned to ensure that their voices are listened to.

There is an urgent need to identify all suitable brownfield sites, including ones in and around Stockport and in urban areas across the Greater Manchester city region, where communities would benefit from the additional investment generated by regeneration projects. The Campaign to Protect Rural England has identified that brownfield sites in the UK have the potential to deliver 1 million houses. As my hon. Friend the Member for Hazel Grove described, it has been assessed that it is necessary for Stockport to have 19,300 of those houses. It shocks me to say that it is expected, hoped or proposed that more than 8,000 will be built on the green belt in Cheadle. Should the plans go ahead, they will not only devastate the countryside, but place unprecedented pressure on our local infrastructure and undermine our communities. I am a member of the Select Committee on Communities and Local Government.

Actually, the situation is worse than the hon. Lady describes, because for perfectly good reasons, all 10 local councils want to use the plan as an opportunity to increase their council tax base. That means that it will predominantly be executive homes that are developed. Is the real risk not that we end up crashing the housing market in Greater Manchester because we have an over-supply of the wrong kind of homes?

I absolutely agree. The hon. Gentleman makes a fundamental point. Indeed, it is expressly in the plan that the area around Cheadle—particularly Woodford—will be allocated for high-end, low-volume housing, and the expectation is that funds will come to Stockport Council through that. That is exactly it. Of course, the hon. Member for Rochdale (Simon Danczuk) will not necessarily get the housing that he needs there if developers choose to build on our green belt.

The truth is that if we do not have a plan, we will get the housing that the developers choose to give us.

Absolutely. I started my speech by saying that we must have a plan—we all acknowledge that—and that it has to be the right plan for our areas and for Greater Manchester. It is great that we all have that common theme in mind.

The Campaign for Better Transport has spoken about the necessity of commuter hubs, and the challenges for housing allocations that are more than a 15-minute walk from rail and tram stations, yet the draft plan mentions no provision for new railway stations or transport infrastructure.

Do my hon. Friend’s constituents have the same fears as mine, who think that we will definitely get the houses in the housing proposals, but are less certain about getting the other infrastructure developments? Will we get health, school and transport infrastructure to go along with the houses? We will get the houses first, but the other things may or may not follow.

Absolutely. That uncertainty adds to our feeling about the plan. The framework notes that significantly improved public transport is a prerequisite for the site off the A34. However, the walking distance between Woodford and Bramhall and Poynton railway stations is certainly a lot more than 15 minutes, even for the most ardent trekker.

The hon. Lady makes an important point about transport links. Does she share my surprise that transport operators—both bus and train operators—told me that they have no knowledge of the details of the proposed spatial strategy, and that they have no plans to adapt their forward planning to take account of what might be in the strategy?

That is an excellent point well made. That is lacking in the plan. When it comes to the northern powerhouse and what we want to do in Greater Manchester, it is essential that we get those transport links right. That needs to be considered. Finally, I make a plea to the Minister to listen to local voices. It is important that people’s voices are heard in this consultation and through the other representations that they make. Local people have already formed themselves into groups, such as the Woodford Neighbourhood Forum, to plan and shape their neighbourhoods.