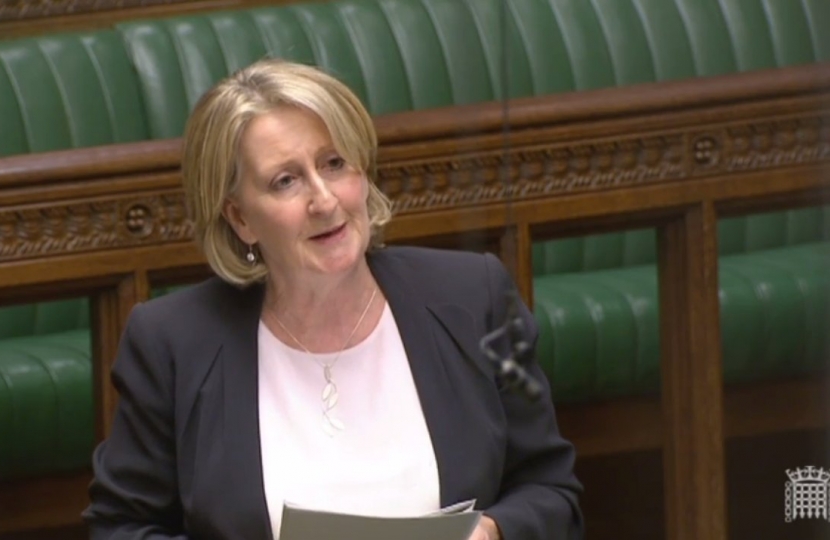 I am pleased to follow the hon. Member for Birmingham, Northfield (Richard Burden).

As has been mentioned, the centenary of the Balfour declaration falls this November, marking 100 years since the British Government confirmed the UK’s support for the establishment of a national home for the Jewish people. In making that commitment, we recognised that the UK not only has an interest in Israel as a nation, ally, regional partner and friend, but specifically laid out the need to protect the civil and religious rights of existing non-Jewish communities in Palestine, thus creating the foundation on which the state of Israel was built. The British Government have since committed to a long-standing position of supporting a two-state solution.

The centenary of the Balfour declaration presents a unique opportunity to revive the middle east peace process, and it is important that we play our part in this. As we re-evaluate the role that the UK can play in brokering peace, I am pleased that the Gracious Speech includes the commitment to find sustainable political solutions to conflicts across the middle east.

As this year also marks the anniversary of the 1967 war, we reflect that the halfway point since Balfour was marked by six days of regional conflict that pitted Israel against its neighbours, one against the other, leaving a legacy of distrust, violence and resentment against ensuing settlements. And yet today, Jordan and Israel are beacons of much-needed stability in a region still riven by war, conflict and the mass displacement of populations.

I have visited both countries and seen not only the huge challenges that they face, but their inspiring work and determination to succeed. I refer Members to my entries in the register of interest regarding my visits to Jordan and Israel. In Jordan, I saw the wonderful work being undertaken by UNICEF in the Za’atari camp and in the host communities, educating thousands of refugee children and helping to support many of the hundreds of thousands of Syrian people who have been given refuge by the Jordanian Government. The Jordanian commitment to stability in the region makes the country potentially a strong partner in the push for peace.

In Israel, I visited Rawabi, the first Palestinian planned city, which is expected to provide homes for over 35,000 Palestinians, and is aiming to create more than 50,000 jobs, focusing on the high-tech, healthcare and the renewable energy sectors. It was awe-inspiring to see a city built from scratch.​

We should not underestimate the prospect that a desire for economic progress could also fuel a drive for peace. With sectors such as technology booming in Israel, with 300,000 high-tech workers being employed, a solution with two states at peace offers a future of prosperity for both.

Over recent months, we have seen terrorism and violent attacks in Israel and the west bank, as well as closer to home in the UK. It is always the innocent who suffer. However, whenever terrorism, terrorist extremism and intolerance take place, that must never be allowed to deter us from a desire for peace and democracy. To achieve the goal of a peaceful, stable region, we must support authorities on both sides to come to the table without prescriptive preconditions and in a spirit of understanding.

My hon. Friend is making a powerful case for peace in the middle east. In the light of Indian Prime Minister Modi’s visit to Israel and the fact that India has suffered terrorism as well, does she agree that those two great countries can come together and form an excellent security relationship?

I agree. It is interesting that we are looking to see which other countries can help, even though we acknowledge that peace itself will come only from the two sides involved.

Regional players and previously hostile states are moving closer towards accepting an ideal of peace, and I note that at the Security Council briefing on the peace process last month, the Arab League Secretary-General reaffirmed a commitment to the 2002 Arab peace initiative. Perhaps this provides an opportunity for constructive dialogue.

For our part, as the dust settles from the general election and we rightly focus on what our future relationship with Europe looks like, we must continue to act in the best interests of peace across the world. We should not lose sight of the historical bond between the UK and the region, and with our strong historical trade ties, and in this special year, the UK has the opportunity to reaffirm and actively pursue peace through our long-standing positions supporting a safe and secure Israel living alongside a viable and sovereign Palestinian state based on 1967 borders, with agreed land swaps, agreement on the status of Jerusalem for both states, and the resettlement of refugees. This has been the UK’s commitment to the peace process, based on a two-state solution. As we commemorate 100 years since the Balfour declaration and our support for the region, we should revive the effort for peace through meaningful talks and truly make 2017 the anniversary of the Balfour declaration and an anniversary for peace.