Joining a call for action on World Homeless Day 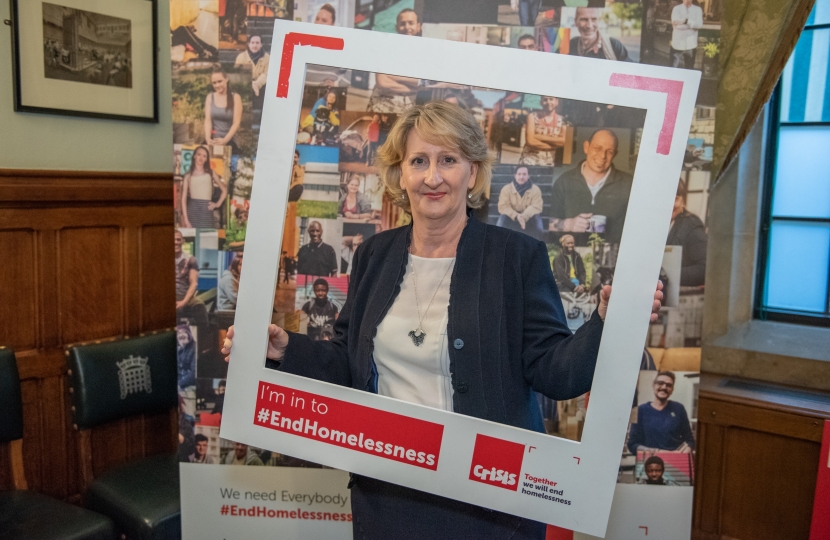 I've joined a call to action for World Homeless Day and added my voice to the ‘Everybody In’ campaign to end homelessness, an initiative by the national homeless charity, Crisis.

A host of celebrities, including Tom Hardy, Emma Thompson, Jodie Whittaker, Ellie Goulding, Richard Gere and Sir Ian McKellen, have also joined the call by appearing in a short film for Crisis where they perform a poem about the injustice of homelessness. The poem, ‘If Everybody Is In’, was written by Crisis’ Poet-in-Residence Stefan Gambrell, aka ‘Neanderthal Bard’, who has himself experienced homelessness.

Earlier this year, Crisis published its own plan to end homelessness, which sets out the policies needed to end all forms of homelessness within ten years. The charity hopes this will spur on the Government’s efforts to build on recent positive steps in recognising homelessness as an urgent issue.

It’s shocking that people find themselves without a roof over their heads, sleeping in cars, in tents, or on the streets. So, I am proud to add my voice to this important campaign calling for an end to homelessness once and for all.

Crisis Chief Executive Jon Sparkes said: “Ending homelessness across Britain isn't an unrealistic aspiration; it’s a goal within our reach. We’ve set out how it can be achieved with the right action and political will, and we’re pleased that homelessness is being given greater priority by governments and political parties across Britain. But to end homelessness for good, we must tackle the root causes as well as the symptoms. We hope the public and politicians alike will join us and campaign to end all forms of homelessness in this country once and for all."