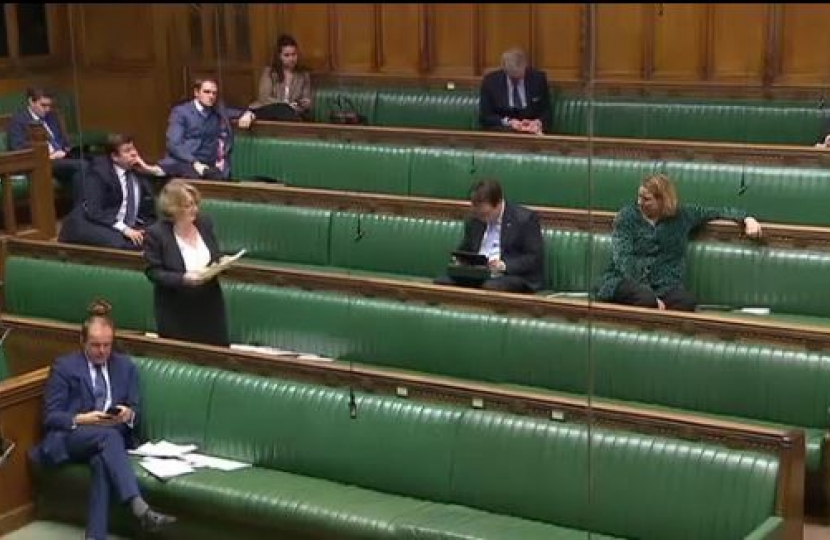 I am pleased to follow my right hon. Friend the Member for Mid Sussex (Sir Nicholas Soames). I rise to support the provisions in the Bill that will identify and build the houses that the country and my constituents badly need, and to speak in support of new clause 7.

The Bill addresses many key areas to help to deliver the home building agenda. However, speeding up the delivery of homes and increasing their number should not inevitably come at the cost of valuable green-belt land. Unfortunately, the draft Greater Manchester spatial framework, which is currently under consultation, relies heavily on the release of green-belt land, particularly in my constituency, with more than 8,000 houses planned on Cheadle’s green belt. My residents, especially in areas where neighbourhood plans are in progress, are extremely concerned about that. We have ambitious home building targets, but when delivering new homes, we must look at the long-term sustainability of development, rather than offering up our green spaces for easy wins for developers. We must be ambitious, direct development strategically and with a coherent vision, and value local community involvement.

Thousands of people have contacted me to raise their concerns about this issue, and I will be presenting a petition to the House later today that shows the strength of feeling in my constituency about protecting the green belt for the next generation while demonstrating the importance of local voices being heard.​

It is evident that people care about their local communities. They want to see urban areas regenerated, and they love their open and rural spaces, and recognise their value for physical and mental health and wellbeing. People in Cheadle not only care about the place where they live, but want to help to shape it and to have their views heard. They want to have their say not only as individuals but in groups, such as Save Heald Green Green Belt and the Woodford Neighbourhood Forum. I want to make sure that they have their voices heard, too.

We should be proud of our record of encouraging and enabling community engagement through our localism agenda. The opportunity to help to shape the village of Woodford was taken up wholeheartedly by residents, who set up their neighbourhood forum in October 2013. Since then, the members and residents have raised funds and spent thousands of hours working on their local plan. Getting a local plan together is no mean feat. Over the past three years, they have put together a residents questionnaire and a neighbourhood plan scoping report, and they have held a neighbourhood plan exhibition. They have produced an interim analysis of data for 2015, an annual progress report, a landscape and environment studies report, a housing needs assessment, a movement study, and a heritage and character assessment. They have worked tremendously hard and know every inch of their area. They are now consulting village residents on the plan and reaching the pre-submission phase, which is a critical point in the plan’s progress.

I want to encourage more residents to get involved in that way. However, an obstacle to the uptake of the opportunity for groups to put together neighbourhood plans is the perception that they can be overturned by local planning authorities, especially if they have not reached the final stage or if the local planning authority cannot demonstrate a five-year land supply. Communities need reassurance that neighbourhood plans are given due weight in planning considerations, and that all the hard work that goes into them will be rewarded and given proper consideration.

The Bill gives us an opportunity to give our green belt further protection for years to come, and to encourage more people to get involved in neighbourhood forums to develop and shape their area. I look forward to the publication of the Government’s White Paper in due course. On my Christmas card this year, I have featured the green belt at Woodford, which I look out over. I hope that, in future years, I will be able to include it on my card again.