Sport and the 2012 Olympics Legacy 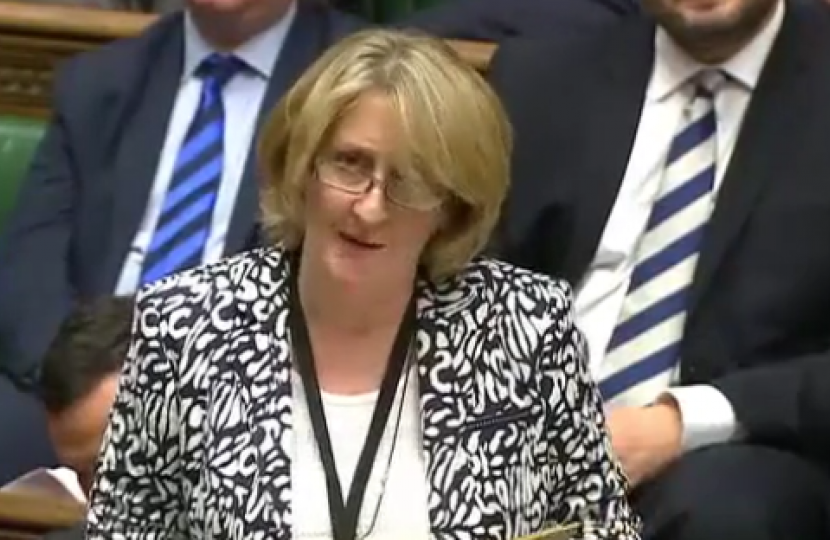 Thank you, Mr Deputy Speaker, for calling me to make my maiden speech. I am pleased to follow the hon. Member for Edinburgh North and Leith (Deidre Brock), who spoke so eloquently in her maiden speech.

It is a great honour and privilege to be here as the new Member for Cheadle. Cheadle is a vibrant and beautiful constituency situated in Greater Manchester and on the border with Cheshire. It is a constituency that values communities and volunteering, business and enterprise, parks and sport.

I pay tribute to my predecessor, Mark Hunter, who represented Cheadle for 10 years. He will be remembered not only for his party role here as deputy Chief Whip, but for his hard work in the constituency. Like his Liberal Democrat predecessor, Patsy Calton, he used his maiden speech to highlight the need for a major relief road through the constituency. I am delighted to say that, after waiting decades for this vital relief road to Manchester airport, it is now off the drawing board and under construction.

My constituency is made up of a number of villages and small towns. It has a long and interesting history, but before hon. Members become concerned that I may be tempted to narrate it in its entirety, I am aware that my time is limited.

My constituency stretches from Woodsmoor, parts of Hazel Grove and Davenport, on the outskirts of Stockport, right down to Heald Green, Cheadle Hulme and Woodford on the Cheshire border. Indeed, for some of my constituents, their feet may be in Stockport, but their hearts are still in Cheshire.

The settlements of Cheadle and Bramhall date back to Domesday records, and the village of Woodford has a proud history, too. It was formerly the home of aircraft manufacturers Avro, and at its height in the second world war more than 29,000 people were employed at the site and more than 20,000 aircraft were manufactured there, including Lancaster bombers, Vulcans and Nimrods.​

Communities are really important to me, and the Cheadle Civic Society is a great example of community in action. Formed more than 50 years ago, its aims are to encourage higher standards of architecture and planning in the village. Recently, its dedicated members and volunteers invested more than £100,000 in bringing new life to the village green.

Indeed, it is in our parks and clubs that the Olympic legacy is most clearly visible in my area—from the cricket clubs of Cheadle Hulme and Woodford receiving grants for improved facilities, to local cyclists benefiting from the excellent new BMX track in the award-winning Bruntwood park.

Our amateur football clubs are also important. They include well-known teams such as Cheadle Town FC, who last season hosted the Russian under-19 team. We wish the number 19 had been reflected in the score, as Cheadle were unluckily beaten 22-0. However, pride was restored when the home goalie was named man of the match. When asked why he thought the Russian team had won, he said that the under-19s had the wind behind them. How unlucky it was that the wind turned around at half time.

I have a number of aims that I want to achieve for my constituency. For example, there are many small businesses in the area and their enterprise needs to be encouraged.

I am proud to represent Cheadle, where communities value their local parks, sports clubs and the facilities they provide. There is a great spirit of volunteering by people who give freely of their time, which was demonstrated to great effect in the games. As I serve the residents of Cheadle, I will do all I can to support and promote the spirit of volunteering and community.