Cheadle receives half a million pounds in investment 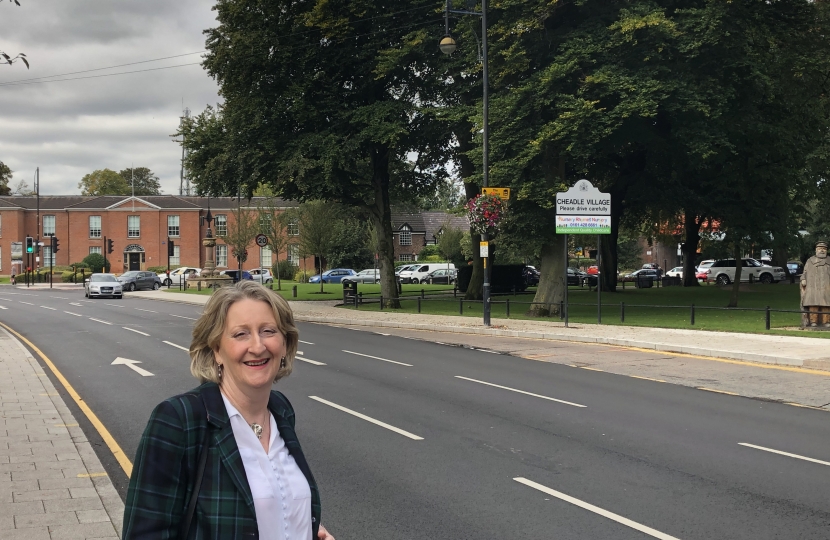 Cheadle has been given £500,000 in Government funding for immediate capital works. Last year, Cheadle town centre was selected to receive funding from the Government’s Towns Fund in order to improve the high street and accelerate investment into it. The £96 million released by the Government this month for a range of ‘shovel ready’ local growth projects in England forms part of the £900 million Towns Fund which was put in place to accelerate investment into town centres and high streets. This will provide Cheadle - which has secured a place as one of the recipients of the Towns Fund through our lobbying -  half a million pounds to spend on projects such as improvements to parks, high streets, and efforts into opening the Cheadle train station. We have a deadline of March 2021 when £500,000 must be spent by. This will ensure that it can be spent quickly on projects that will benefit Cheadle as we recover from the impact of Coronavirus.

The Towns Fund is an initiative that was announced by the Government at the end of 2019, which aims to help towns boost their economic growth and increase their prosperity. The Government has invited 101 towns, including Cheadle, to develop proposals for a Town Deal as part of a £3.6 billion fund. The Towns Fund is just one part of plans aimed at ‘levelling up’ towns and districts across the North and country. The funding that Cheadle has now received will enable the town to invest in capital works projects that are ‘shovel-ready’ and have the aim of regeneration.

It’s fantastic that Cheadle will be able to benefit so quickly from hundreds of thousands of pounds in funding. The money that has been allocated to us early will ensure that not only can we increase the economic prosperity of Cheadle, but we can kickstart recovery from Covid more quickly. We are in a position where we are able to accelerate work that will directly benefit residents and improve our high street. Having met with the rest of Cheadle Towns Board, I am excited for work to begin in revitalising Cheadle high street. Whilst we benefit from this initial funding and decide how it will be used, I will continue the hard work with community groups on our Towns Fund bid in order to access millions of pounds more in funding to revitalise our high street and boost our local area.